Our volunteer Advisory Board provides strategic guidance drawing on their decades of experience in journalism, non-profit management, and veterans issues. 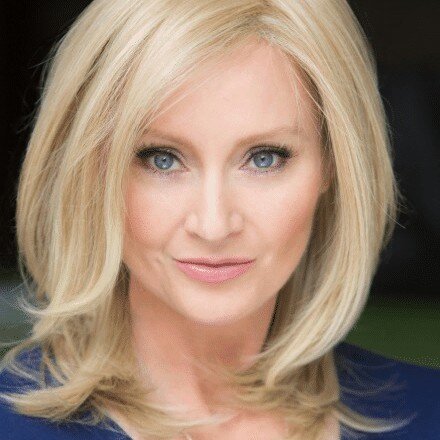 War Reporter Alex Quade covers U.S. Special Operations Forces on combat missions. She’s the only reporter ever embedded long-term with these elite units downrange, with no crew or support. She’s received two national Edward R. Murrow Awards, group Emmy and Peabody Awards, and the Medal Of Honor Society’s Excellence in Journalism Award. The Congressional Medal of Honor Society recognized Ms.Quade, "for her courageous reporting and honest news coverage". Alex Quade started her career at the White House; she’s worked for CNN, FOX, The New York Times, & The Washington Times. Among her documentaries: “Horse Soldiers of 9/11”, narrated by actor Gary Sinise, and “Chinook Down”, investigating the fatal shoot-down of a helicopter in Afghanistan. Alex was supposed to be on that helicopter. She serves on the Boards of Military Reporters & Editors, and Military Veterans in Journalism. Hollywood released a film about Alex and her coverage of Special Forces, called "DANGER CLOSE". Hachette Books is publishing her first book on Commanders In-Extremis Force (CIF) operations she was embedded on.

Former commander of U.S. Army Special Forces, Maj.Gen. (ret.) Michael Repass describes Alex this way: "War correspondent Alex Quade is this generation's Joe Galloway, who tells an intensely personal story. Alex nails the essence of sacrifice found in America's Special Forces operators and their families. Alex Quade is the real deal. She's spent more time with Special Forces operators in combat zones and back home after deployments than any other reporter. Alex knows them and their families, and is uniquely qualified to tell their intensely-lived, extraordinary stories."

Barbara Starr is CNN's Pentagon correspondent, based in Washington, D.C. Starr provides viewers with the latest national security news each day from the Pentagon, working her sources to report on the military campaigns against ISIS, investigations in terror attacks and military and intelligence operations. Starr appears regularly on The Situation Room with Wolf Blitzer, New Day and other shows across the network regularly breaking big news and delivering exclusive coverage on the U.S. military and political situation on a global scale.

In 2014, The Panetta Institute for Public Policy honored Starr with a Jefferson-Lincoln Award for her work in journalism. Since 2003, Starr has made repeated trips to Iraq, Afghanistan and the Horn of Africa, where she has been embedded with U.S. troops. She traveled to Beirut, Lebanon in 2006 with U.S. Marines tasked with evacuating Americans during Israel's war with Hezbollah. Starr has also reported directly from the Persian Gulf, Russia, Central America and the Chinese-North Korean border. In 2016, Starr was the only broadcast journalist to travel to Iraq and Syria with commanding general of U.S. Central Command, Gen. Joseph Votel, the highest-ranking U.S. military official to travel into Syria during the war, to report on the global fight and special operations training of local forces to combat ISIS.

Throughout her career, Starr has profiled numerous wounded troops, the plight of homeless veterans and reported on the fallen regularly from Section 60 at Arlington National Cemetery, the final resting place for veterans of the wars in Iraq and Afghanistan.

Starr joined CNN in 2001 from ABC News where she had worked since 1998 as a producer for the network's news originating from the Pentagon, providing on- and off-air reporting on military and national security affairs. She also reported for Nightline, World News This Morning, World News Now, ABC Radio and ABCNews.com. Previously, Starr was the Washington, D.C., bureau chief for Jane's Defence Weekly, a London-based weekly newsmagazine, where for nine years she covered all aspects of national security, the intelligence community, defense and military policy. During this time, she conducted numerous one-on-one interviews with current secretaries of defense and directors of central intelligence. She also traveled to the Balkans, the Persian Gulf and NATO headquarters in Brussels. Before Jane's, Starr worked as a correspondent for Business Week from 1979-1988. Based in the magazine's Washington, D.C., bureau, she served as energy correspondent, covering OPEC and other environmental and economic matters.

While at ABC News, she won an Emmy Award as a location producer at NORAD/Cheyenne Mountain, covering the transition to the new millennium at Moscow rollover time.

Starr graduated from California State at Northridge with a bachelor of arts degree in journalism.

Dan Clare, a Marine Corps veteran of the Persian Gulf era and an Air Force veteran of the Iraq War, was appointed chief communications and outreach officer for the more than 1 million-member Disabled American Veterans in August 2019. Clare first joined DAV’s professional staff in November 2004 as a senior
communications specialist with the National Communications Department at the organization’s national headquarters in Cold Spring, Kentucky. Prior to his current appointment, Clare served as the national communications director. In his position, Clare oversees DAV’s Voluntary Services, Employment and Communications Departments, and is responsible for ensuring outreach support, collaboration and DAV’s ability to
serve and empower its members. Clare enlisted in the Marine Corps in 1994. Following his formal military education at the Defense
Information School, Fort Benjamin Harrison, Indiana, he was stationed at Marine Corps Air Station at El Toro, California, where he served as a journalist and later as a broadcaster at American Forces Network, Okinawa, Japan. He was recognized for the Marine feature broadcast of the year in 1997. He joined the California Air National Guard in 2001, and supported the airlift of Federal Emergency Management Agency teams to McGuire Air Force Base, New Jersey, on Sept. 11, 2001. Clare transferred to the Ohio Air National Guard in 2005. He was called to active duty for Operation Iraqi Freedom and deployed to Balad Air Base in September 2007. During his deployment he directed news production and helped manage media relations for the Air Force in Iraq. Additionally, he wrote for DAV’s website while acting as the organization’s liaison for the Air Force Theater Hospital.
Clare was named the Air National Guard Print Journalist of the Year for 2007 for coverage of the hospital and combat operations in Iraq. He transferred to the Kentucky Air National Guard in June 2008. Clare’s awards include the Air Force Commendation Medal (with two oak leaf clusters), Navy/Marine Corps Achievement Medal, Air Force Achievement Medal (with two oak leaf clusters), Marine Corps Good Conduct Medal, Global War on Terrorism Expeditionary Service Medal and the Iraq Campaign Medal. He is the national president for the Marine Combat Correspondents Association. Clare is a member of Chapter 19 in Cold Spring, Kentucky.

Howard Altman is the managing editor of Military Times.

J.P. Lawrence is a downrange reporter covering Afghanistan and the Middle East for Stars and Stripes

Lawrence joined Stripes in 2018. He previously reported for the San Antonio Express and Albany Times Union. He has written in the U.S. and Africa for the New York Review of Books, Vice, the Intercept and the Associated Press. He served in the U.S. Army, where he deployed to Basra, Iraq in 2009. He then went to Bard College and Columbia University in New York.

With over 15 years of business experience, Melissa Pucino has worked in the finance sector for various industries. Over the past 10 years, Melissa has served on the board for her brother’s foundation, SSG Matthew A. Pucino Memorial Foundation, Ltd., assisting wounded service members and keeping Matthew’s legacy alive. She possesses vast experience in nonprofit accounting, financial management, human resources management, event planning and production, and operations management. As COO for the JPaq Group, she assists businesses and non-profits in all of these areas. She earned her Bachelor of Science in Business Administration from Suffolk University and is a Certified Project Master.

His career began as a reporter for a twice-weekly Cape Cod newspaper and most recently included a seven-year tour as publisher, president and CEO of The Washington Examiner, a daily newspaper and website.

Just before that, he was publisher for The Baltimore Examiner, a metropolitan daily newspaper started from scratch under his leadership.

He has taught journalism as editor-in-residence at Michigan State University and graduate media economics at Emerson College.

Phelps has led seminars for the American Press Institute, the International News Media Association (for which he also served as president), the National Newspaper Association, the Inter-American Press Association, the International Media Fund and The Freedom Forum. After the fall of the Iron Curtain, he visited Russia and other countries of the former Soviet Union on five occasions to train newspaper industry executives on the path to free market operations.
His military service (Navy & Massachusetts Air National Guard) spanned 21 years, active and reserve, included both line and public affairs assignments and he retired as lieutenant colonel. He is a graduate of both the junior and senior public affairs officer courses of the Department of Defense Information School. He has served the USO Board of Governors and also has university, hospital and museum board experience,
He now serves as a board member for two start-up companies, one of which is in publishing.
He lives in East Beach, Norfolk, with his wife, Adrienne, and their 13-year-old twins.

Phoebe is a 26-year-old combat veteran of the US Army. She served on active duty for four and a half years while stationed at Fort Lewis, WA, and was deployed for a 15-month tour in support of Operation Iraqi Freedom. Phoebe holds a Bachelors Degree in Management which she acquired using the Post 9/11 GI Bill. She is currently Growth Editor at Quartz, a global business news site.

I am a Marine Corps veteran working at the Houston Business Journal. I earned a dual degree at the University of Houston in English Literature and print journalism in 2016. I also co-founded the Student Veterans of America UH chapter in 2014. In May 2018, I earned a Master’s degree at Columbia Journalism School in New York City.

Sylvester A Smith Jr is currently the Manager of Member and Partner Revenue Development for the National Association of Broadcasters (NAB) and consults with technology experts creating marketing strategies to engage with broadcast and media organizations. Sylvester also champions collaboration by creating value for strategic key radio, television, international and associate members of the NAB.

Serving in the US Army from 1999-2005, Sylvester understands the challenges for veteran’s separating from active duty and the importance of having a network. Outside of his passion for broadcast and media, Sylvester is a frequent volunteer, mentor, and trustee of the Wakefield High School Education Foundation’s Career and Technical Training scholarship. These experiences led to Sylvester working with MVJ earlier this year to help bring 10 emerging veterans in journalism to the NAB Show in Las Vegas. However, due to the coronavirus and protecting the safety of all participants, it has been delayed until further notice.

Tawnell Hobbs is the national K-12 education reporter at The Wall Street Journal. Experienced newspaper reporter with a focus on education writing. Adjunct Professor with a demonstrated history of working in the higher education industry. Skilled in Headline Writing, Breaking News, Journalism, Media Relations, and Leadership. Strong education professional with a Bachelor's degree in communications focused in Journalism from The University of Texas at Arlington.

Thomas Brennan is the Founder of and Executive Director for The War Horse. Prior to studying journalism at Columbia University, he was a sergeant in the Marine Corps and served as an infantryman in Iraq and Afghanistan. Thomas is the co-author of Shooting Ghosts—A U.S. Marine, a Combat Photographer, and Their Journey Back from War. His bylines have appeared in Vanity Fair, Center for Investigative Reporting, and The New York Times.