There are fewer than 20 tickets remaining for the #MVJ2022 convention to be held this week in Washington D.C.

The 2nd Annual Military Veterans in Journalism convention was initially “intended to be a smaller affair because we didn’t know the demand would be so great coming out of the pandemic,” said MVJ President Russell Midori. “But more than 70 tickets have been sold, and we can’t fit many more attendees in the building.”

MVJ partnered with the Reserve Organization of America to host the event in their venue at 1 Constitution Ave. NE, which can support a little more than 100 people. But MVJ leadership limited total attendance to 90.

“We wanted it to remain an exclusive event so those who attend get personal attention from the programming and quality face time with career fair recruiters,” Midori said. “We are also saving ten spots for D.C.-based journalists who would like to join in on panels or share their experiences with our membership.”

Some of the panels at this year’s convention will demonstrate the ways military veterans are contributing to journalism, such as by improving media coverage of disabled veterans and disinformation. Others will inform attendees on the future of news, including a presentation by Microsoft on new tools for collaborative virtual news gathering and a discussion around entrepreneurial journalism.

The career fair will include recruiters from news organizations like CNN, Sinclair Broadcast Group, Politico, and a number of outlets from around the country.

Industry leaders are scheduled to attend, such as Sewell Chan, editor in chief of the Texas Tribune, but the MVJ leadership team is extending an open invite to other great journalists who care about newsroom diversity.

“We’ve gotten some great support from some of America’s strongest news organizations, but not enough,” Midori explained. “I think that’s because the news media industry doesn’t yet have enough awareness about the talented journalists emerging from the veteran community.”

One of the goals of #MVJ2022 is to help raise that awareness.

“That’s why we’re gathering so many of our members in the heart of Washington D.C., one of the best media markets in the country. We’re hoping to bring on some surprise guests to share their experiences in journalism with our members.”

Those who wish to attend can still purchase their tickets at 2022.MVJ.network.

Register Today For #MVJ2022
Sign Up To Be a Speaker
Love0

Military Veterans in Journalism is opening a contest to recognize the top 10 veterans doing amazing work in the news media. We wish to highlight the achievements of veterans in journalism and support them by recognizing their expertise and contribution to the community. Awardees will be honored at MVJ2022, our first in-person convention.

If you would like to nominate someone, please read the following submission instructions.

We welcome any submissions, including self-nominations. Please provide a brief description of why the nominee should be recognized along with your submission. We’d like to know about both the person themselves and their amazing work!

You DO NOT have to be a member of MVJ to submit a piece of work, nor does the nominee; we do encourage you to join, however. Nomination submissions will close on August 15, 2022 at 9:00 PM Eastern.

Submissions must be in the form of finished and published work. All submissions should include the original publishing or release date, all contributors, and the organization under which it was published.

The submissions will be scored on originality, newsworthiness, journalistic quality and diversity. Our panel of judges will apply their experience, editing standards, and personal background to decide how well a piece does in each category. Judges will be looking for accurate and insightful storytelling that engages them as the audience. All pieces, regardless of media type, will be seen by the same panel of judges and scored in the same manner.

While every submission will be scored and selections for the list will be made, scores will not be released publicly. Outside of scoring, judges will be able to supply commentary if they wish, but not every piece will receive feedback.

Recognize fellow veterans in journalism and the value of their work!

The Mission Behind MVJ

The mission behind Military Veterans in Journalism (MVJ) is simply to get more military veterans working in America’s newsrooms. According to a Census data analysis from MVJ, only about 2 percent of media workers are military veterans. At MVJ, we believe this needs to change.

Veterans are underrepresented in our nation’s newsrooms. Yet, if given the opportunity, they can bring perspective, nuanced understanding, and on-the-ground experience about the military and veteran affairs to the journalism world and news consumers that no one else can match. It’s time to give veterans a voice and begin bringing their perspectives to America’s newsrooms.

Join Us for the Second Annual Military Veterans in Journalism Convention

The second annual Military Veterans in Journalism Convention will occur in Washington, D.C., at the Reserve Organization of America from October 6-8, 2022. While this is the second annual convention, this will be the first time the convention is taking place in person. This in-person event will allow organizations in the journalism world to engage with veterans directly, and recruiters can meet with veterans for one-on-one interviews. This is a great opportunity for veterans to connect with potential employers in the journalism space.

Don’t delay! If you’re interested in attending the second annual Military Veterans in Journalism Convention, it’s time to register early and save. Early Bird Tickets will be available until August 31, 2022. Early Bird Tickets for MVJ members are $50 and $75 for non-members. After August 31, 2022, the ticket price for MVJ members will rise to $75, and the ticket price for non-members will rise to $100.

Reserve Your Ticket for MVJ2022

Attendees are able to take advantage of the convention hotel room block at Generator DC for $209/night from Wednesday October 5 to Monday October 10. To book a room, please follow the link below or call the hotel directly at (202) 332-9300 and mention the Military Veterans in Journalism Room Block to the reservations agent.

It’s time to bring more diversity to newsrooms across this nation through the perspective of America’s veterans. So, what are you waiting for? Become part of the conversation today by registering to attend the second annual Military Veterans in Journalism Convention in Washington, D.C. 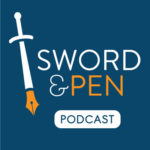